KEENE ~ Joseph D. Steinfield presents his book "Time For Everything" 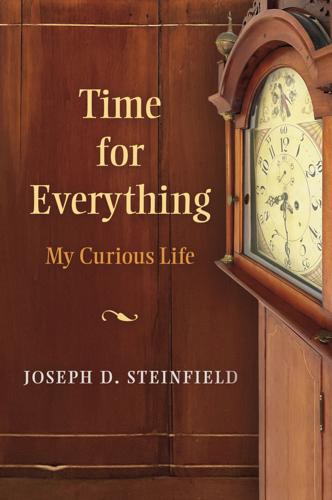 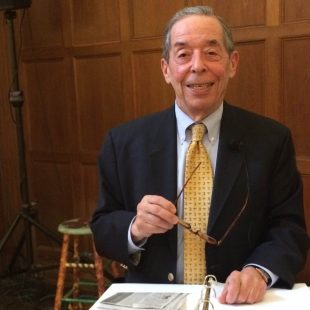 In his previous book, Claremont Boy (Bauhan Publishing 2014), Joe Steinfield shared stories about a variety of subjects--family members and other people in his life, his love of sports, travel, and the arts, and his Claremont years. Part I of Time for Everything picks up where that book left off, with tributes to friends and heroes and essays on being Jewish, sports and humor, health, and politics. These pieces were originally published in the Monadnock Ledger-Transcript.

Part II, "Thinking About the Law," deals with the rule of law, the Constitution, and the Supreme Court. Most of the articles in this section were previously published in The Keene Sentinel and the Concord Monitor. These are readable essays without legalese, written for the lay reader.

Once again, Steinfield has applied his storytelling skills to his life's experiences, and to our legal system as well. Whatever the subject, he writes to inform, to educate, and to provide a smile along the way. As reader's will discover, the book's subtitle, My Curious Life, is well-chosen.

Joseph Steinfield was born and raised in Claremont, New Hampshire, where he graduated from Stevens High School in 1957. He is a graduate of Brown University and Harvard Law School. He was formerly a partner at Hill & Barlow in Boston and is currently a member of the Boston firm of Prince Lobel Tye LLP, where he specializes in litigation and media law. He is a Fellow of the American College of Trial Lawyers and an adjunct professor of law at Boston College Law School and University of New Hampshire Law School. He has also lectured at several universities and has taught American law at two universities in Russia. He and his wife, Virginia Eskin, live in Boston and in Jaffrey, New Hampshire.

Time for Everything: My Curious Life (Paperback)